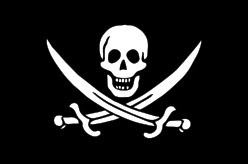 I don’t know about anybody else… but I’m way intrigued over this whole pirate crisis going on over in Somolia. That’s right… PIRATES… on the news… here in 2008… how awesome is that! I’ve found myself following the situation pretty close… it’s actually a phenomenal news story!
In case you haven’t heard… piracy has been on the rise for the last couple of years near the horn of Africa. Each day, hundreds of ships pass by the coast of Somolia after going through the Suez canal and navigating down the Red Sea towards the Indian Ocean… it’s one of the busiest shipping lanes in the entire world… and poverty stricken Somali men have found they can easily hijack large vessels and hold them for ransom. The whole crisis reached an apex this past week as a group of pirates seized an enormous oil tanker filled with over $100 million of crude oil. The pirates are asking for a mere $25 million to release the ship (which was heading for America)… currently the ships owners are in negotiations with the pirates… and the word on the high seas is the pirates will probably end up with some serious booty when all is said and done. 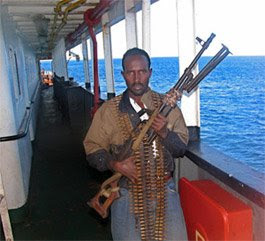 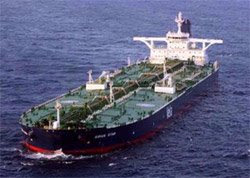 Maybe I watched Swiss Family Robinson a little too much as a kid (still ranks as one of my favorite movies)… but I just can’t get enough of this pirate crisis. If you wan’t to read about the vessels the pirates have seized…. wikipedia has a pretty comprehensive list… it’s fascinating. The news this year has been so littered with politics and economic crisis… dare I say it’s refreshing to hear about a true-life swashbuckling situation? Many years from now… our grandkids will read about 2008 in history books… and they might be able to sum up the whole year into one big word… HillaryObamaEconomicCrisisHockeyMomGayMarraigePIRATES!!! 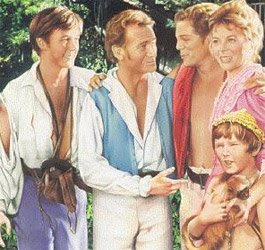 The craziest part of the whole story is that nobody in the world seems to know just how to solve this pirate crisis. Here’s my theory… have Francis craft together a few booby traps… arm Roberta with some cocunut bombs… and then have Fritz and Ernst open up a good-old-fashion can of whoopass on them pirates… That should do the trick!