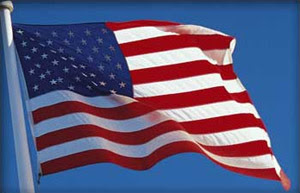 Nearly 8 years ago… in early 2001… my marketing teacher at the University of Utah, a liberal Democrat named Alan Sandomir, was talking about the recent election of George W. Bush. I vividly remember Dr. Sandomir congratulating George W. Bush after a hard fought election and the infamous Florida recount… and he also ensured those that “might be Democrats” in the auditorium… that the political winds often shift… and sooner or later the Democrats will find themselves back in power. Well… Dr. Sandomir was right… and tonight a stiff breeze blew in from the left.

So congratulations to Barack Obama… the truth is that any keen political observer has seen this coming for at least the past 6 weeks. I actually predicted that Obama would win the election back in June… and even bet my uncle Spencer $5.00 that Obama would defeat McCain (so at least I get something out of an Obama victory… albeit that $5.00 will probably be taxed at a higher rate when all is said and done)! So why did I think Obama would win this year? Well… I consider myself a REALIST REPUBLICAN… my political ideology is far enough right that I’ll never be voting for a Democratic president… but I’m also realistic… and I think it’s foolish to think that one political party can control the white house for much more than 2 terms (3 terms max). Sure…John McCain is a great guy… but he ran a mediocre campaign and just didn’t have the excitement or moxie to pull it off this year… especially against a guy like Barack Obama.

Back to the political winds… My theory is that presidential politics is a little bit like the butterfly effect. Remember learning about the butterfly effect back in junior high science class? It’s a fun little anecdote that suggests if conditions are just right… a butterfly can flap its wings and create a chain reaction of sorts that will lead to a hurricane on the other side of the world. In regards to presidential politics I believe there are two specific incidences in the last 50 years of our nation’s history that have had TREMENDOUS impact on our presidential elections. Two incidences that could very well have turned out different. I believe these incidences… while significant at the time… have had an even greater impact on our political landscape over the last several decades… sort of a political butterfly effect… and yes… one of these incidents even played a role in tonight’s election of Barack Obama.

JUNE 6, 1968
On this day Robert Kennedy was shot and killed after having just won the California primary. At the time Robert Kennedy was a skilled and talented politician in the prime of his career. Kennedy was well on his way to the Democratic nomination… and most agree that he was well on his way to the White House. Had Robert Kennedy not been killed (by an Islamic terrorist) he would have been elected the 37th president of the United States and the United States of America would have never known a Richard Nixon presidency. Without Richard Nixon the Watergate scandal would never have happened and the Republicans wouldn’t have been swept out of office in 1974 and 1976. One can make a very legitimate argument that we would have never seen a Jimmy Carter presidency had Robert Kennedy lived and been elected president. If you surmise that Jimmy Carter was one of the least successful presidents of the 20th century (as virtually all but the most liberal scholars do) you don’t have to speculate too much before concluding that the political conditions were just right for a arch conservative in the mold of Ronald Reagan to sweep into office in 1980. While certainly there are some assumptions and conjecture in my theory… I think it’s fair to say that the political leadership in our country would have looked very different in the 1970’s and 1980’s had Robert Kennedy not been killed back in 1968.

NOVEMBER 7, 2000
Most everybody remembers the 2000 election in which President Bush narrowly defeated Al Gore by just 537 votes (out of nearly 6 million votes cast). The entire country was caught in limbo with the recount lasting weeks after the election… and the Democrats walked away extremely bitter (perhaps understandably so) as their candidate was denied the presidency after having won the popular vote. My theory is that the 2000 election was another pivotal moment in our history that continues to have a great impact on our country … and (in a twist of irony) has lead to the election of Barack Obama. Consider….

Had Al Gore received just 537 more votes in Florida, he would have been our 43rd president. George W. Bush would have been long forgotten… and Gore would have led the nation through the terrorist attacks on September 11th. That’s right… it’s absurd to assume that 9/11 wouldn’t have happened under Al Gore… the terrorists would have still attacked us that September morning and the country would have rallied together under Al Gore the same way it did under President Bush. But as the months would have passed… an accountability would have taken place. Sometime in 2002 or 2003 congress would have commissioned an investigation into 9/11 (just as they did). The difference would have been the findings…. The actual 9/11 report found that both the Bush Administration and the Clinton Administration were dually responsible for the 9/11 attacks… whereas if Al Gore had been president he and Bill Clinton would have been found entirely responsible (by the public) for the miscues leading up to September 11. Had Al Gore been elected in 2000, the political winds would have certainly been blowing strongly towards the Republicans in 2004… and the likelihood of the Democrats retaining the white house for 4 consecutive terms (especially after having presided over the terrorist attacks and the 2001-2002 recession) would have been remote. More than likely John McCain would have been elected president in 2004… and he would have been seeking re-election this year. With McCain in his first term, it’s difficult to imagine a political environment where a young, liberal, relatively unknown senator from Illinois could have caught fire the way Barack Obama did. Certainly the ground swell for change wouldn’t have existed… and more than likely he wouldn’t have even run for president this year. So in an awkward and ironic sort of way… the Florida recount and Democratic defeat of 2000… led to the election of Barack Obama 8 years later. 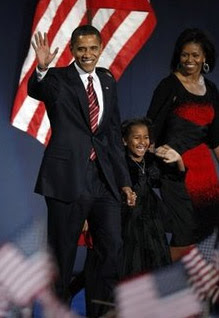 ROUTING FOR OBAMA
So the political winds are blowing a new direction… and… though I didn’t vote for Barack Obama… and I will most certainly vote against him in 2012… He will be my President come this January… so I can cheer for him now. At the end of the day I want what is best for America… and if the Republicans ever want to get back into power… they can start by distinguishing themselves from the Democrats by being gracious in defeat. I may not agree politically agree with my new president, but I want a strong economy and national security… so I can hope that Obama makes prudent decisions that will benefit America. I believe the Democrats crossed the line too many times over the past 8 years by actively rooting against America, particularly in hoping the war in Iraq would fail and the economy would turn south so that they could return to power. I have high hopes the Republicans can find a way to return to power by rooting for a prosperous and safe America and not routing against the new President from the get-go. Sooner or later the political winds will change and I’ll be spending a Tuesday night in November celebrating the arrival of a stiff wind from the right…as for now… let the Democrats celebrate… I’m still going to live my life the exact same way I otherwise would.