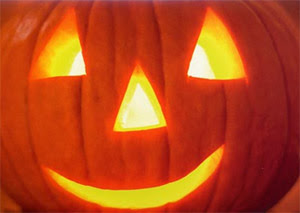 Halloween is an emotionally cyclical holiday. It’s my theory that depending upon your stage in life, Halloween can be a complete thrill… or an absolute dud! If you’re a kid… Halloween ranks right up there with Christmas… you get to dress up… act obnoxious… parade around the school wearing a scary outfit… pretty much get to act naughty all day… and you still get TONS of goodies and candy… what’s not to love? On the other hand… if you’re a young adult or a newly married couple… Halloween can be a complete bore… especially if you have no dance or party to attend.

I spent Halloween 1995 in the MTC… truth be told… I didn’t even know it was Halloween! The church obviously doesn’t permit missionaries to participate in Halloween activities… and in the MTC there was absolutely NO TRACE of the holiday anywhere… they didn’t even serve those orange pumpkin cookies in the cafeteria! I remember having a class that night where we discussed the Pearl of Great Price… nobody even thought about it being a holiday. I would have never even known it was Halloween had I not recognized the faint smell of smashed pumpkin in the air the next morning.

Even worse than forgetting about a Halloween is having nothing to do and nowhere to go… this was the case for Laura and I on Halloween 2004. At the time we had only been married a few months, Laura was pregnant with Abby, and we lived in a new place (Washington DC) where we had almost no friends. We weren’t invited to any sort of party that year and so we stayed home in our little apartment. That night we didn’t even have one kid knock on our door to trick-or-treat… it was a real bummer… I tried to make a bad situation better by turning on Michael Jackson’s Thriller and dancing for Laura… it got her to laugh a bit… but Halloween 2004 still probably has to go down as one of my worst.

Since 2004… Halloween has rebounded BIG-TIME… all because I’ve entered into a new stage of life. Anyone who has young kids knows just how fun it is to watch them on Halloween. Once again… the holiday ranks right up at the top of the list. This year both of my kids are old enough to know of the goodness of candy… yet they’re still young enough to be adorable… Halloween is a great time to be a parent… and I’ve really been looking forward to it this year!

I anticipate Halloween will be an exciting holiday for at least the next decade of my life… then it’s appeal will fade as my kids get to be teenagers… as a 40-something Halloween probably sucks… but then it rebounds in your 50’s as you look forward to your grandchildren coming over. By the time you reach your 70’s most of your grandchildren have outgrown Halloween… but I can only imagine that Halloween once again gets better when you reach your 80’s as you no longer need to dress up… because you have become the ghostly ghoul.

One interesting thing happened to us this year… our pumpkins were stolen right off the front porch! Earlier in the month the kids picked out some pumpkins at the store… and they had been sitting out front acting as festive decorations… but somebody came by and swiped them about a week ago. WHO STEALS PUMPKINS?

Whoever this person is must not have been a young kid or even the parent of young children because we’ve accidently left toys out in the front yard many times before… and nobody has bothered to steal them. This person also must not be a fan on the University of Utah because they didn’t steal the nice decorative “U” emblem I have right next to the front porch. Laura and I obviously decided not to contact the police… but if we had… my theory is they would have done a profile and sketched a drawing that would have looked a lot like this man: 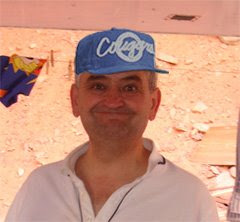