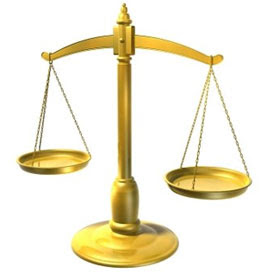 Here’s a good quote… “Life isn’t fair… and that’s just life.” Throughout elementary school and junior high I was always one of the shortest kids in my class… it sucked… but as a short kid you learn early on that life isn’t fair… the taller kids get picked first in P.E… and life goes on… by the time high school roles around that same tall kid usually has horrible acne and can’t get a date to the prom…so it all equals out. Regarding fairness, my theory is…. It’s not the lack of fairness that’s bothersome… it’s the whole pretending to be fair when the obvious suggests otherwise. Call this Hypocritical Fairness, Pseudo Fairness… or (my personal favorite) FAUX FAIRNESS. Here are a couple examples… the first is a bit light hearted… the second is (in my opinion) a bit more grievous.

DANCING WITH THE STARS.

Virtually everyone in American over the age of 50 watches Dancing With The Stars… and for good reason… it can be an entertaining show. I don’t watch every episode, but its fun to tune in every now and then to see how well Clyde Drexler can dance, or how many Botox injections Priscilla Presley can have in one week. The show can be really intriguing. 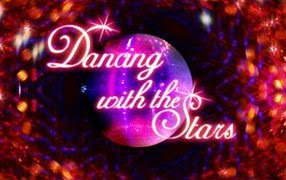 I was surprised earlier this year to find that Kristy Yamaguchi was competing on the show… yes Kristy Yamaguchi – Olympic gold medalist and arguably one of the best figure skaters in history. Almost everyone knows that Dancing with the Stars is contest in which professional ballroom dancers are matched with a B-List celebrity (usually several years past his/her prime) or an ex-professional athlete posing as a celebrity. Dancing with the Stars is one of the most popular shows on television… after all… what’s not to love about Wayne Newton competing against Jane Seymour on the dance floor. But how is it fair that Kristy Yamaguchi gets to compete on the show? Sorry… but figure skating and ballroom dancing are like twin sisters separated at birth. Most males with an untrained pair of eyes can barely decipher whether someone is dancing or ice skating in the first place… There was absolutely no question from the beginning of the competition that Kristy Yamaguchi would win it all. Athletic stamina, artistry, choreography… it’s so blatantly obvious that she had an unfair advantage over every other washed up contestant. But (as the theory goes) the lack of fairness wasn’t the real issue… it was the show PRETENDING TO BE FAIR by showing clips of Kristy struggling in practice and suggesting that ballroom dancing is completely different than ice skating… yeah right… it was all a bit laughable. Kristy won the trophy and I’m sure it’s on display right next to her gold medals on some dusty mantle.

In my opinion one of the most grievous and blatant examples of FAUX FAIRNESS is ridiculous tradition in the NEWSPAPER INDUSTRY to endorse political candidates just days before an election. Here you have a whole industry that prides itself on how unbiased and fair their product (newspaper) is in reporting current events. Journalism itself is founded on the notion of accuracy and trust… and to this today virtually every newspaper in America will tout its own horn and espouse these virtues. Yet… journalism is also an industry that is absolutely dominated by one political persuasion… liberalism. A conservative journalist is literally an oxymoron. 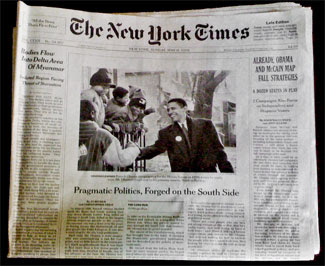 What’s troublesome isn’t that there are more liberals than conservatives working in your local newsroom… it’s that some newspapers let their political leanings spill off the opinion page and onto the front page. The whole political endorsement thing is the straw that breaks the camel’s back… to me its COMPLETE ARROGANCE… as if the editors are saying… “You trust us to bring you the unbiased news… now let us tell you who is the best candidate for the job… after all… we know best.” Newspapers should abandon the whole endorsement scheme… it’s bad enough that most papers blur the line between opinion and hard news…. but an endorsement… especially a presidential endorsement, is never going to be an unbiased declaration. Don’t believe me…. Just look at the NEW YORK TIMES… arguably the nations most popular and powerful newspaper… believe it or not I actually read columns in the New York Times occasionally… and they are perhaps the worst paper in the country at blurring hard news and opinion. Oh… and it shouldn’t come as a surprise who they endorse for president. The last time the New York Times endorsed a Republican for president was in 1956 when they gave Dwight Eisenhower the nod over Adlai Stevenson. 52 years (13 election cycles in a row) and they’ve gone with the Democrat every time… now there’s an unbiased newspaper for you… pass the Kool-Aid please… I could use a drink before I turn on the TV to watch some Dancing with the Stars.