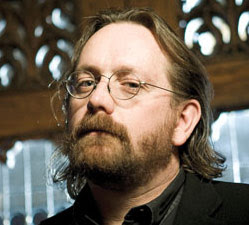 I don’t get the whole Mormon movie genre… never really have. It seems like every month or two another cheesy Mormon movie is being released… and almost all of these movies are really pathetic. Now days there are even billboards on I-15 promoting Mormon movies… the whole thing just makes me cringe.

Call it a theory… or just irony… but I believe the whole Mormon movie genre… could itself be a bad movie. Naturally this movie stars Richard Dutcher… the grandfather of Mormon film makers. Like any bad movie, it would be just entertaining enough at the beginning to suck you in and keep you watching. Yes… the first handful of Mormon movies were actually decent. Richard Dutcher’s God’s Army and Brigham City were both thought provoking films. The first Mormon comedy “Singles Ward” was clever and fun-loving. Yet somewhere between Charly and Sons of Provo… everything took a turn for the worse. Now days – just like a bad movie – everything has resorted to slap stick comedy and silly love stories. Here we are now 8+ years into the Mormon movie era… just hoping that the credits roll before it gets too embarrassing.

Sadly I think we’re permanently stuck with mediocre Mormon movies… and it all boils down to economics… there just aren’t enough Mormon people around for filmmakers to justify spending $10+ million to create a quality movie. After all… we don’t see Jehovah Witness or Methodist movies playing at the megaplex… but us Mormon’s… we got spoiled with a couple of decent flicks a few years ago… and now were addicted to pathetic comedies directed by Hollywood wannabees trying to make a few bucks. How good can a movie with a production budget of only $200,000 really be?

Of course the one guy who was ambitious enough… and talented enough… to create a big budget Mormon film was Richard Dutcher himself. Back in 2002 he was working on a major film project about Joseph Smith and supposedly had a budget of about $10 million to work with. I remember being intrigued by Dutcher’s ambitious project… but he never finished it… and Dutcher has since left the LDS church. Recently he released an “R” rated film that features a good deal of sex and violence (along with horrible reviews). Way to go Richard! You created a new genre… then apostatized from Mormonism… and now your squandering your talent by creating “R” Mormon movies when you know that most practicing Mormon’s don’t watch them in the first place… To me the whole thing is a bit hilarious. Imagine a Jewish rabbi… creating a whole new brand of Kosher food… then apostatizing from Judaism… and now he owns a pork sandwich shop in Tel Aviv…. sounds like the makings of another bad movie.

UPDATE: So my blogging frequency has dropped a bit lately… the rigors of school have taken a toll over the past few weeks… but I’ll do my best to pick up the pace. Just for the record I found an interesting article that validates Theory #16.