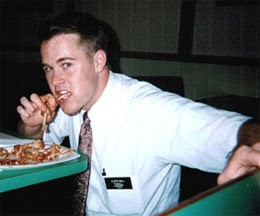 Oh how I LOVE buffalo wings!… I have since the mid 90’s when I served my mission in and around Buffalo, New York. Wings in Buffalo are much like Philly Cheesesteaks in Philadelphia or fry sauce in Salt Lake City… you can find it everywhere and it’s all good stuff! You can’t walk more than a block or two in metro Buffalo without coming upon a pizza and buffalo wing restaurant… and there’s just something about hometown authenticity that makes it taste better!

When most people think about Buffalo wings they think about hot-n-spicy orange Buffalo wing sauce and blue cheese dressing for dip… mmm….that’s just what I think about too! But the best wings I ever had were from a place called La Nova’s in the heart of Buffalo, NY. La Nova’s specialty: BBQ Buffalo wings… and they are absolutely wonderful… too bad I couldn’t afford to go there too often as a missionary. Still, I consumed a lot of Buffalo wings on my mission and it took some talent to down a dozen with only one hand and not get any sauce on my white shirt or tie… but I mastered it. Yet getting the BBQ smell to disappear always seemed to be the hardest thing… wet wipeys just don’t do the trick.

The other day I discovered a place here in Salt Lake City that specializes in Buffalo wings… The place is called WING COOP and I couldn’t resist the temptation… so yesterday I head over with a few guys from work. It might have been the best lunch of the year so far… I have certainly not had wings that good since I last visit Buffalo in 2004. The wings were oversized and tender… and the three sauces I tried were all exceptional. I have an old theory… The best tasting BBQ sauce just doesn’t wash off to easily with soap and water… you know you’ve had some good BBQ sauce when you smell it on your hands 12 hours later. So this morning when I was at they gym I noticed a very distint BBQ smell as I wiped my brow… WING COOP’s BBQ sauce certainly passed the 12 hour test… and gave me a fresh reminder around 6:30am this morning of why I am actually at the gym in the first place.

Still… if you’re looking for some good Buffalo wings… Wing Coop has my full endorsement. 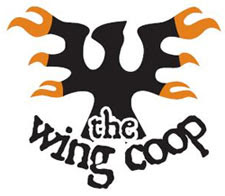