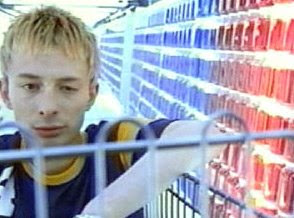 So recently I was online visiting YAHOO MUSIC… a cool web site where you can listen to music… or watch just about any MUSIC VIDEO ever created (who would have dreamed that a web site like this would have existed just 10 years ago?) I’ve always loved music videos… and I’ve seen quite a few over the years…. but I don’t exactly have VH1 on my frequent channels list… so it was fun to browse around Yahoo Music… I was hoping to stumble upon a cool video to one of my favorite songs… perhaps something that I’d never seen before. BAD IDEA! My theory… A BAD VIDEO CAN ABSOLUTELY RUIN AN OTHERWISE GREAT SONG. If you’ve got a favorite song… just leave it alone… don’t risk ruining it for yourself by watching the video…

You want an example…. Fake Plastic Trees by Radiohead. This has long been one of my favorite songs… I just love the sound… and how it slowly builds to a crescendo. This song is even one of the songs featured… GULP… on our wedding video! Obviously I had never seen the music video… which featured lead singer Thom York sitting like an idiot in a shopping cart and singing while the basket slowly strolls through a psychedelic supermarket. Fake Plastic Trees is probably one of my top 25 favorite songs of all time… now when I hear the song I think about what Shopko would be like if I were on heroine. 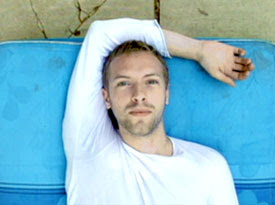 Another example… how about the Weezer song Island in the Sun… this song has a good sound and has received lots of radio time… then you watch the video and wonder… what’s the deal with the bears and monkeys? The whole “hug the animals” theme is cute… but awkward… and it killed the song for me. I will say… the INVERSE OF THIS THEORY IS ALSO TRUE…you can have an otherwise mediocre song… but if the video is great… the song gets better. If you’ve got an already great song… a good video can make it an all-time favorite…. The question is… what makes a good video? In my mind… a good video tells some sort of story… or makes you think about something… a good video gives you the impression that this song is deeper or has more meaning than you originally thought. What are my favorite videos? Collective Soul does a really good job… I particularly like The World I Know… but it seems like most of their videos are really good. There are fun music videos that are very well done… how about U2’s Where the Streets Have No Name… or the classic A-Ha video Take On Me…. LOVE IT! If I had to pick the best video of all time (in my opinion)… I’d probably go with Coldplay – The Scientist… (if you decide to watch…just remember… you have to watch the WHOLE video to fully appreciate it). I’m curious what others think make a good music video…. but search at your own risk.