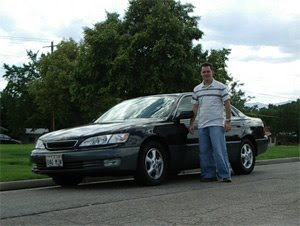 Yesterday I sold the best car I have ever owned… my 1998 Lexus ES300. For most people cars are a necessary evil… an object that gets you from point A to point B. Not me… I’m a car guy… I love automobiles and have since I was a little kid. I dream about cars… research cars… test drive cars just for kicks… I even spent almost 5 years in the car business. You see… automobiles are a big deal to me and the car I own is a part of my life. I’ll spend thousands of hours married to the driver’s seat in my car… so I figure… I may as well own a car that I love! Some might consider a 4-hour-drive on the Interstate a bore… I consider it a pleasure and privilege… as long as I’m driving my car. 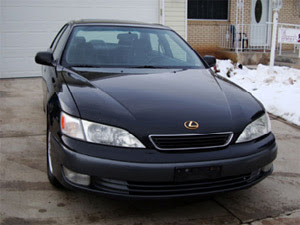 So it might come as no surprise that I was a little bit sentimentally attached to my Lexus. For a while I didn’t want to sell it at all… but the moment came yesterday and I sent her home with a happy young couple. I bought the car back in July 2003 and since that time I’ve driven that Lexus almost everywhere in the country including… Washington D.C., New York City, Philadelphia, Baltimore, Pittsburgh, Cleveland, Chicago, St. Louis, Denver, Seattle, Portland, Los Angeles, etc…. the black beauty has amassed quite the resume over the past 5 years! Truth be told… that car has been with me longer than most everything else in my life… I bought it just a few days before I met my Laura for the first time… and I drove both of my kids home from the hospital in that car. Since 2003 I’ve called 5 different places home… but I’ve only owned 1 car… so I guess there’s a good reason why I’m a little sentimental about it. 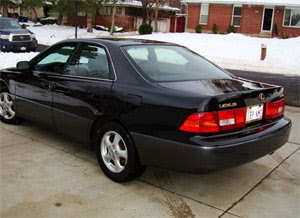 Back in the summer of 2003 the car was in its prime… the ride was perfect, the leather plush, the steering tight…. the car looked and drove like a dream. Yesterday I drove it for the last time… and there’s no question the car is past its heyday (210,000 miles) but she still drove gracefully and reminded me of her former glory. Sort of like a 70-year-old Oscar winning actress. 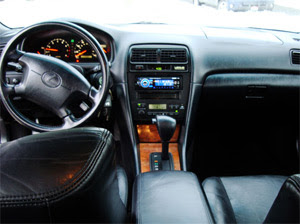 So what makes a good car? At the end of the day… it’s not just how it looks, or how it drives (although those factors are very important)… it also has to do with reliability… and that’s where my 1998 Lexus did best. Aside from routine maintenance and a few very minor hiccups… the car was flawless for 5 years and 140,000 miles. What more can you ask? Funny thing is… I can think of two instances where the check engine light came on and I heard some funny noises. In one case I was certain that I had a major transmission repair… but somehow… someway… the car just “got better”… the check engine light went off… and the car never had the same problem. Now how about that… a SELF HEALING car! Wait a minute… isn’t that impossible? Car’s just can’t “get better” can they? What about Entropy? The 2nd Law of Theromdynamics? Don’t you remember from 11th grade science class… when non-living objects start to fall apart… they can’t just heal themselves…. according to physics the problem will continue to get worse… So how does my little Lexus… randomly just fix itself on its own? Well… I’m not claiming that my car has a soul… or that it was some religious miracle… but my theory is… you know you’ve got a good car when it defies the laws of physics. Heck… maybe my new car will fly!