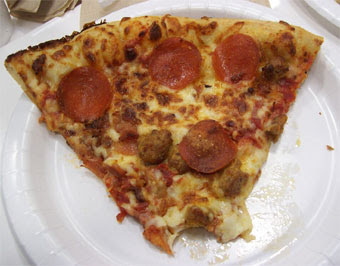 Usually the holiday season is a time to enjoy some of the best food of the year… turkey, ham, stuffing, pie… and all manner of sweets and goodies. But somehow over in the past two weeks… by random chance… I have consumed some of the worst food in my entire life… in the form of PIZZA.
CHUCK-E-CHEESE: A couple weeks back I took the kids to Chuck-E-Cheese… somehow I thought that $30 for pizza and 40 tokens was a good deal for some family fun…. boy was I wrong! The first bite of pizza instantly reminded me of the school lunch pizza in Junior High… and each consecutive bite got worse…. it’s pretty sad when you can’t make it to the crust without gaging. Sad thing is that bad pizza was only the start of an otherwise forgettable evening. Chuck-E-Cheese should have remained a distant childhood memory… but nostalgia got the best of me…. shame on me for exposing my family to such a horrific dinner and cheap thrills… my son David was totally freaked out by the robotic Chuck-and-friends band up on the stage… and after the skee-ball machine swallowed about half-dozen tokens… my daughter Abby hurled one of the balls into the squirt-gun-target game… I had to roll up my sleeves and scoop it out of the cest pool. Next time Laura and I decided we’ll do Cafe Rio for dinner, McDonalds for dessert, then take the kids bowling if they don’t get worn out on the Playland.
SAM’S CLUB PIZZA: Do the right thing… just get a hot dog next time your at Costco or Sam’s Club. I found myself browsing through Sam’s Club in Murray last week while my car was being detailed across the street at the Supersonic wash. It was lunchtime and I needed more than a bite-sized burrito sample for lunch, so I stepped to the front of the store fully prepared to order one of those hot-dog-and-a drink combos for $1.50. Somehow my completely illogical subconsious mind decided that I wasn’t in the mood for a hot dog… and that what I really wanted was a meat lovers pizza that had been warming under a lamp for 3 hours. Sam’s Club pizza may look good on display under the bright lights… but in reality it’s the nastiest… greasiest… pizza on the planet. After one bite I could almost feel my cholestoral levels surging upwards. All layers of cheese seperated from the crust after the second bite… and by the third bite I was done…. At $1.50 per slice, Sam’s club pizza is perhaps the most overpriced pizza in the world… they should pay people to eat that stuff for them… I can only imagine how bad one of those calzone’s would be!
For many years… I thought there was no such thing as bad pizza…. even Little Sleazers pizza was safe for consumsion. But my theory is that when I consume something so nasty… I am obligated to write it up here on this blog as a warning for others. Reminds me of one of my favorite posters that I once owned: 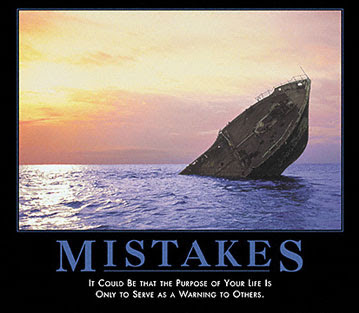