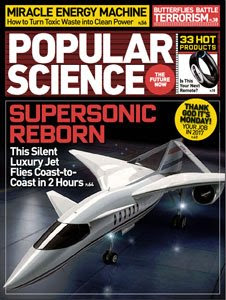 Part of the fun of life is speculating on the things we know very little about. It’s really funny how often this goes on… almost every day I either hear someone speculating about something random or find myself theorizing about some topic of which I really have no clue about whatsoever (after all this blog is a byproduct of random clueless thinking).

One subject that I love to speculate about (even though I really have no real clue) is technology. I love to play make believe in my own mind about what life will be like in 20 years from now… What will computers look like? What about the Internet? Will we have flying cars? If I’m ever running short on my imagination I can just pick up an issue of Popular Science Magazine… the Playboy of speculative technology… and gawk at some supersonic personal space travel ship due for production in 2011 (yeah right).

What do other people like to speculate about? I don’t know… but if I were to guess… I would say it’s OTHER PEOPLE… Why else is PEOPLE MAGAZINE is one of the most popular and most expensive magazines in world? Speculating, guessing, gossiping and gawking at other people is a favorite pastime…. And the truth is… while we love to guess what makes other people tick… it’s something that nobody really knows anything about. 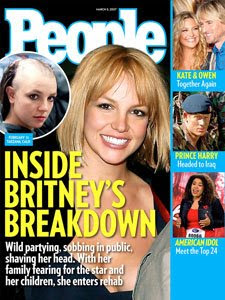 Of course… even if one of us…or all of us… know very little about a particular subject… that doesn’t mean we can’t stumble upon the truth… or at the very least make an educated or lucky guess. Look at Britney Spears… most of us figured back when she first started hanging out with that Kevin Federline character that her best days were behind her… and whatdayaknow… after two kids, a shaved head, some drugs, and few calls to the California child protection division… I would say the collective masses were probably right about that one. 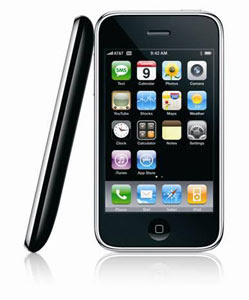 Back in the mid-nineties as a teenager… I speculated (and hoped) that someday there would exist a portable music device… about the size of a walkman… that could instantly play any song in the world on demand. Well, I was right… we now have such a device… it’s called the iphone… you can download virtually any song in the world in seconds and play it back instantaneously… how AWESOME… I’ve really got to get me one of those… but of course I’d first have to convince my wife…and figuring out how to pull that off is something I know very little about! Doesn’t mean that I won’t try.